You can use this option in any game, but it only makes sense in a select few. If you force anisotropic filtering in the driver, it’s smart about which surfaces and original filtering types it overrides – that’s why it very rarely breaks games, and this makes perfect sense for a driver option.

However, specifically in the case of running stuff at resolutions it was not built for and downsampling, it is sometimes beneficial to apply filtering even to surfaces specified to be point filtered, which is something the driver doesn’t do (as it could often break shaders).

The main reason I added this feature is FF13, or more specifically its HUD and menus. These are point filtered by default (since they are rendered 1:1 at 1280×720), which looks terrible at higher resolutions. This setting alleviates the issue, though of course higher-res UI assets would still be preferable. Here’s an example of the difference:

To use it, add a user-level FF13 settings file (if you don’t already have one) and add the line forceAnisoLevel 16 to it. See here for details on settings files – I have seen that this causes quite some confusion and sometimes erroneous bug reports.

As always, you can get the latest version by grabbing the installer here or simply update, and if you want to you can donate here.

Dreamfall Chapters: Book 1 was just released (go buy it), and it’s another game using the Unity engine. Like with another recent Unity title, Wasteland 2, it refused to work with GeDoSaTo. Now, since I like both of these games a lot I invested some time to find out what’s happening, and hopefully fix it.

Without further ado, here are my findings. This is what recent Unity engine games do on Windows if you select “fullscreen” mode. Note that all of this is based on deduction from the behaviour of Dreamfall and Wasteland 2, someone with access to the Unity source probably has a more exact understanding:

So, no real fullscreen mode in sight. Why would you do this? Well, it has multiple advantages: you don’t lose your resources switching to another rendering resolution, alt-tab behaviour is much faster and more stable, and you get free, correctly implemented triple buffering if the user is using Aero.

Obviously, this majorly messed up the way GeDoSaTo works — and the same goes for traditional downsampling methods. In the latest version, it’s now possible to downsample Unity games following this scheme, provided you add this magic formula to their configuration file:

It works by “pretending” that both the desktop and monitor are the given renderResolution in size, forcing that to always be reported, and modifying the mouse cursor position used by the game (so that clicks register correctly). GeDoSaTo takes care of actually constraining the fullscreen window to the correct size, and of course performs a high-quality downsampling of the rendering result as always.

Since the resolution you want to downsample from needs to be known before the game requests any, only a single rendering resolution can be provided.

Already in earlier versions, a problem in games using windowed modes was that custom cursors would be lost outside of the rectangular region corresponding to portion of the screen that would be taken up by a window downscaled by the downsampling factor. I figured out why this happens: To make games work, the cursor positions reported to them need to be adjusted (modifyGetCursorPos). This works for any processing within the game, as it thinks it is operating within a larger rendering area.

However, an issue occurs for cursors: I found out that many/most games use the Windows API WindowFromPoint function to check if the mouse is within their window before setting the cursor, passing the modified coordinates. Now obviously, Windows knows what the real window sizes are, and the modified virtual coordinates fall out of them. So I had to apply the reverse transformation in that function.

Anyway, the new version is called “Tokikagura”. Other than the stuff discussed above it also includes some GeDoSaToTool fixes.

As always, grab the installer here or simply update, and if you want to you can donate here.

By the way, Nvidia’s DSR can’t downsample in these games (for now). Take that big boy corporate version!

Another small update to fix some reported issues:

The latter took a lot more time to figure out than I expected. It seems that the game is actually leaking a backbuffer reference :/

About texture dumping/replacement: After getting the current GeDoSaTo facilities to work (more or less) on FF13, I figured out that most interesting textures (e.g. the fonts) aren’t actually being loaded using D3DX, so the existing mechanisms don’t help at all. I have a different method in mind (for a long time now actually), but this will take some time to implement.

Talking about time, what I wrote about on the blog a few days ago regarding not really having any time due to “real world” workloads applies now even more than before — after I spent basically the entire weekend on FF13. Therefore, don’t expect updates from me until next weekend.

That said, I’ve seen a lot of new forks at GitHub, so perhaps someone will make some contributions! I’ll try to merge good additions as quickly as possible if there are any.
As always, you can use the installer here to get the latest version (or just press the update button!), and you can donate here.

I just pushed a new version once again, with these improvements/additions:

Increasing shadow scaling to 4 gives a very marginal increase to 67% (basically free on my system). Setting it to 8 goes up to 70%.

Going from the default 4xMSAA to 16xCSAA increases GPU usage from the 66% base to 70%. Worth it in my opinion. 32xCSAA (that is, 8 MSAA samples + coverage AA) goes up to 80% and the improvement is debatable.

As always, you can use the installer here to get the latest version (or just press the update button!), and you can donate here.

There’s a new version of GeDoSaTo with a new FF13 plugin up now. It includes these improvements:

I’ll do a more in-depth look into the screenshot issues and the problems with texture dumping/replacement tomorrow, I really want to get a high-res font replacement.

Anyway, as always, you can use the installer here to get the latest version (or just press the update button!), and you can donate here. 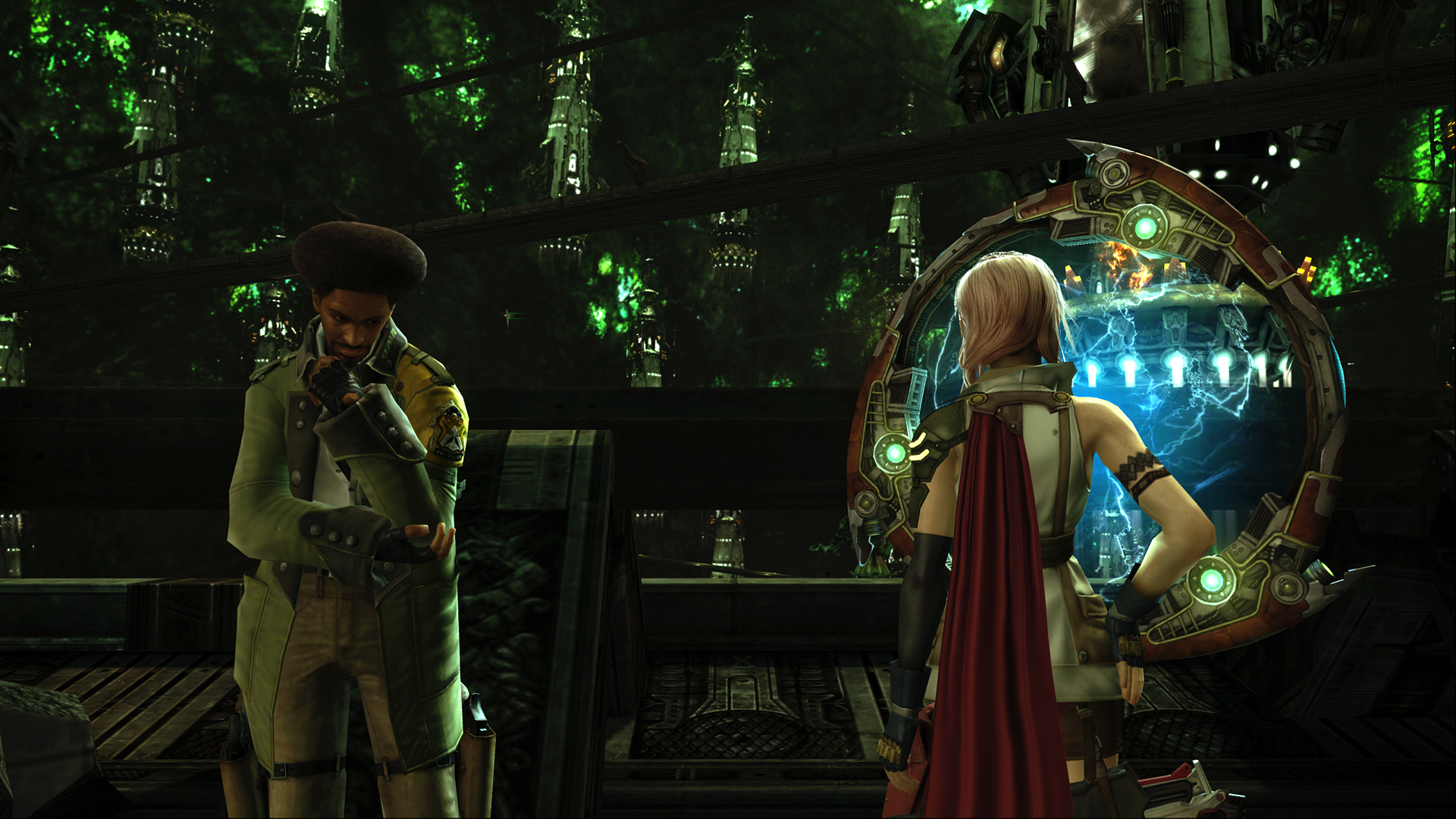 I’ll shortly release a new version of GeDoSaTo, which includes a pre-alpha version of a custom plugin for Final Fantasy XIII. Its current features are:

It’s bugs and known issues are:

Tons of stuff can still be improved — obvious ones like fixing bugs and the DoF, but also e.g. probably shadow resolution — so if you like this work and want it to continue consider donating.

Of course, I’d also really appreciate any development or debugging contributions. As always, the source is on Github.

You can download the installer from here, it will automatically grab the latest version.

Don’t report bugs in the comments, report them on GitHub (and check for duplicates or if they are known issues).