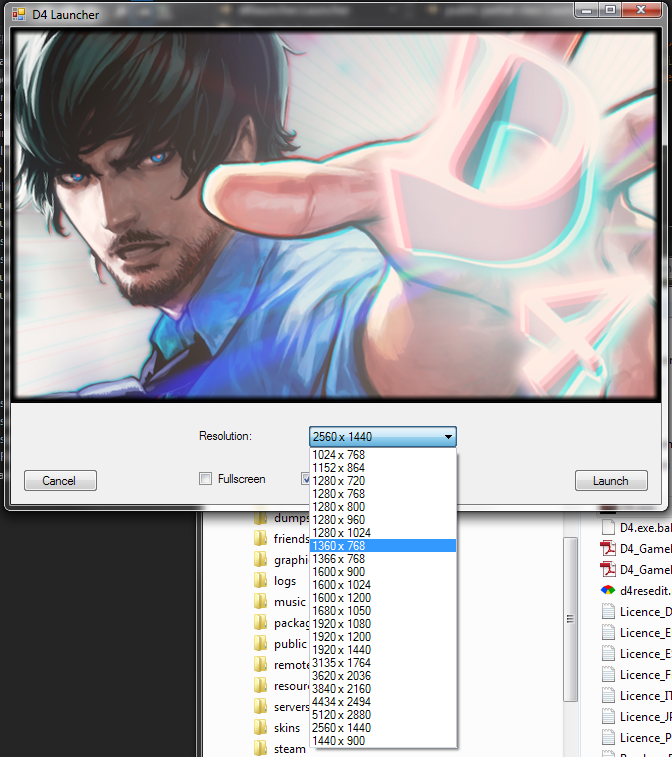 D4 PC released (on Steam and elsewhere) recently. The game uses UE3, so it works well on PC, and the mouse controls are also well done. The only problem is that the built-in launcher presents a fixed list of resolutions rather than all available ones, and also somehow messes up with DPI scaling.

I wrote a new Launcher in C# which doesn’t have this issue. It’s available here.

I also made the source code available on Github. Not because I’m very proud of it or because it’s particularly interesting (it’s just a simple Winforms C# app written in an hour or so), but because I hope if I put it in the public domain it could help improve this state of affairs in the future.