Way back in July I was doing some simple binary data file reverse engineering, and got annoyed at the fact that I couldn’t find a free hex editor for Windows which offered all of the following:

I thought “it can’t be that hard now, can it?” and set out to create my own. After some deliberation I choose C#/Winforms to implement it, simply because the tool support is second to none and I didn’t want to waste more time on UI stuff than strictly necessary.

After spending a few hours on it way back then, and finally a few more today, it has turned into quite a usable (but far from complete or user-friendly) program. I called it Hexer, which is both appropriate in English and also means “Warlock” (or even “Witcher”, literally) in German. 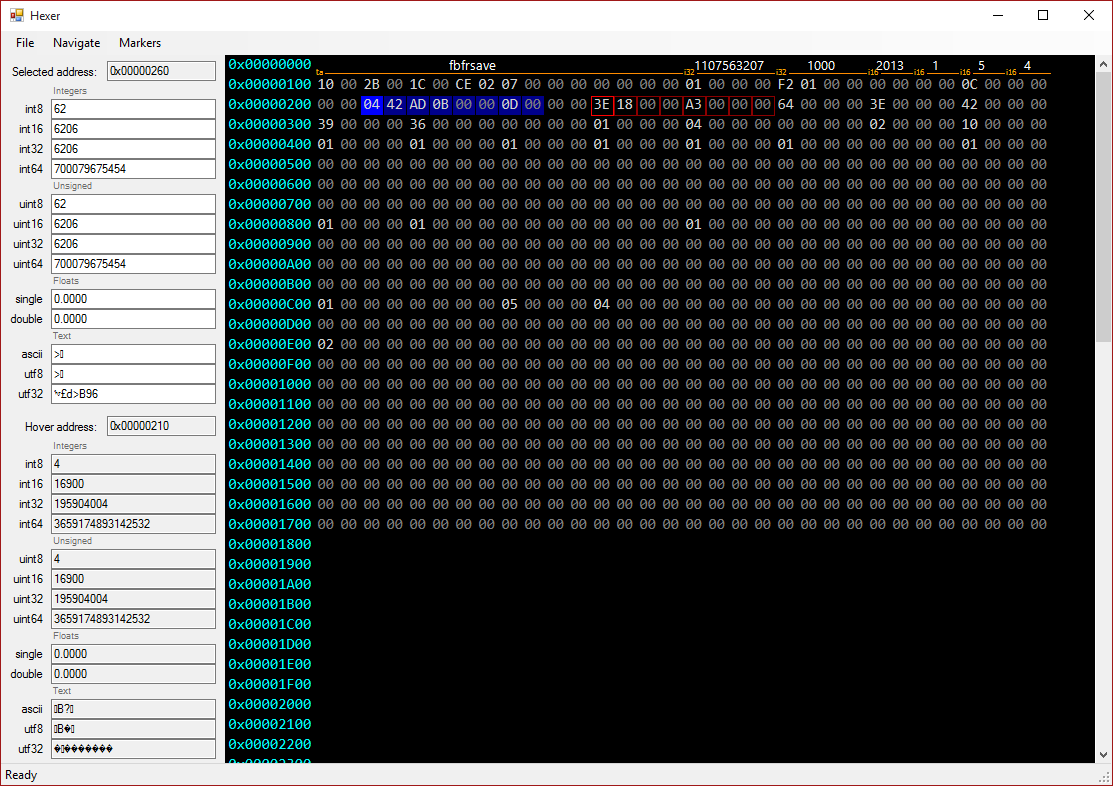 It has all the features which I was missing:

I put the source up on GitHub here, and here’s an executable if you want to give it a try. (You’ll need the right version of the .net Runtime of course)

Of the entire implementation I like this part best, which is a simple descriptive listing of all the data types, including their properties (such as name and size) as well as the ability to convert values of that type to and from raw binary and strings. It’s succinct, easy to extend (both with new data types and new meta-information about them), and many of the UI elements are generated directly from that list.

Hexer is far from fully-featured – I put up a short list of TODOs in the Github readme, but there’s a lot more which could (and should) be done.