I’m rather proud of this release. There have been major changes under the hood, and I’m getting ready to release the source (and hopefully get bugfixes, improvements and plugins from lots of contributors).

First things first, I’ve decided to call this release the first beta. Also, since version numbers are dreadfully boring I’m adopting a new scheme whereby each release version will also have a name, and that name will be the name of an album I was listening to while working on it. This time around it’s “Stranger Than Fiction” by Bad Religion.

Here is a screenshot of the new GeDoSaToTool UI: 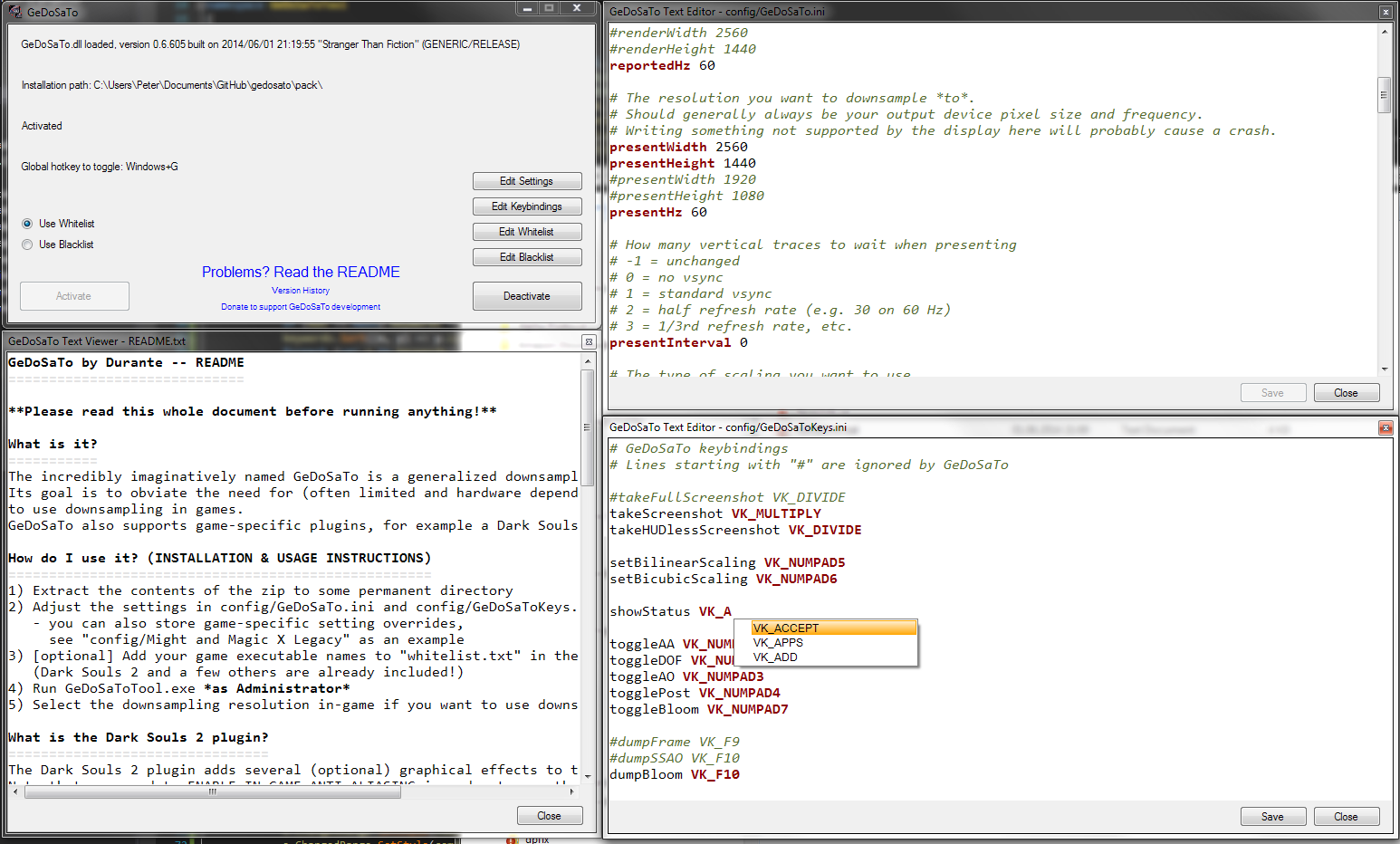 In the source screenshot for the image above you can see GeDoSaTo running with SMAA and postprocessing in Ys Origin.

Download GeDoSaTo 0.6 “Stranger Than Fiction” here, and as always you can donate here if you enjoy using it.

The next steps are writing some developer documentation and a ToDo list, and then getting the source up on GitHub.